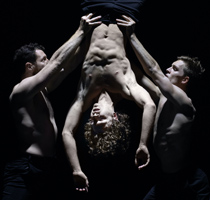 DanceHouse in association with The Cultch
Circa’s Sacre

The Circus, The Big Top, The Greatest Show on Earth are words that capture the imagination. A make believe world that is bigger than life, full of light, razzle dazzle, feats of daring watched with wide eyed amazement. There is an underbelly to a circus too, a dark side, lurid curiosity, a sense of the unknown that captures the darker side of imagination. Full review

Joshua Beamish/MoveTheCompany opened the world premiere of Source Amnesia with quietude. No curtain, dim lighting and a state of stillness that permeated the stage. The dancers, clad in street clothes moved with a calm demeanor drawing the audience into their orbit. Full review 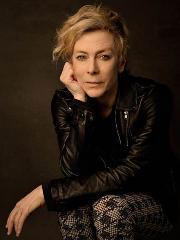 Now unbelievably in her sixties, Lecavalier is now performing with Fou Glorieux, a company she founded in 2006. The name, which vaguely translates to "Gloriously crazy" appears to be particularly apt after seeing her self-choreographed solo work - Stations. Dressed in all black in a black box set with footlights, Lecavalier is initially only visible by her blonde hair and pale complexion. Full review 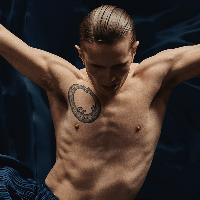 An Interview with Ralph Escamillan
Featured performer in the
Discover Dance! Series: VanVogueJam

As a young dance artist Escamillan is promoting and in some ways reviving the ballroom + vogue scene in Vancouver and Canada. He started training in vogue/ballroom in 2015 and was inspired by classes with a Leiomy Maldonado in New York. Maldonado is recognized as a leader in the scene. Full interview & review