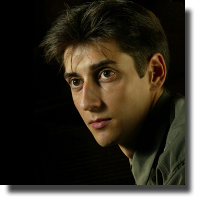 The May 28th performance by the VSO of Mozart and Debussy at the Orpheum was an exceptional musical event. Selected and conducted by conductor laureate, Kazuyoshi Akiyama, the program consisted of two pieces by Mozart and two by Debussy.

The first, Mozart’s Overture from The Magic Flute, begins with its well-known opening chords that some have seen as having Masonic overtones. The piece’s single theme is developed in fugal form and exhibits some of the stirring heroics associated with a few of Beethoven’s later symphonies.

The second piece from Mozart is the Piano Concerto No. 24 in C Minor, one of the few written in a minor key as befits its unusually sombre – for Mozart – mood. The piece features a somewhat pared down and reconfigured orchestra and Yevgeny Sudbin on solo piano. Only thirty-two years old, Sudbin was playing halls on Salt Spring Island five years ago. Today he is a rising international superstar. His playing is exceptionally fluid; he is at one with his instrument and the music he plays.

For this piece, Mozart left the cadenza – the equivalent of the major solo in jazz – unwritten. Sudbin has written his own and, while in keeping with the inner turmoil and suffering expressed by the rest of the Concerto, it stretches the rhythms of the piece in new directions. When the Concerto was over, he was called back for two brief encores and received a standing ovation.

The next piece was the relatively brief L’isle Joyeuse by Debussy, based on a painting about two lovers travelling to Kythera, the mythical birthplace of Venus. It features all the signature elements of Debussy – the subtle play of textures and timbres – but it is in the next piece, La Mer, where these are brought to full flower.

Some have described Debussy as being on the cusp of the transition from Romanticism to modernism. When first premiered in 1905, La Mer aroused some of the same hostility as The Rite of Spring eight years later because it embodies the same primitive energy, the same tapping into the well of the primeval, unlike Mozart with his relatively repetitive themes and variations.

In La Mer, the orchestra morphs and changes like a protoplasmic organism, evoking moods and personalities of a distinctly non-human nature. While not a strictly descriptive piece, at times it strongly evokes the sounds and images of gusting, tumultuous wind and waves, and one can imagine a boat being tossed in a roiling sea with breakers crashing over its bow. La Mer, with its artful use of the full palette of the orchestra – from harp and glockenspiel to tympani and cymbals – is a masterpiece of orchestral music and one of my personal favourites. The VSO handled it masterfully.