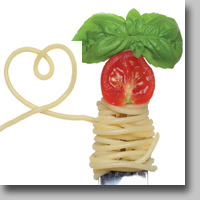 Wonderful show! The full-house audience laughed from beginning to end on opening night, and the actors were very good. I enjoyed the clarity of speech and Italian accent to the T of Diana Sandberg (Emma), and our hero, William Valenzuela (Nick) was perfect for the role of grandson to all four grandparents.

The other actors Andrew Wood (Frank), Mary Adams (Aida), Robert Bowes (Nunzio) and Kimmie Kidd (Caitlin) acted extremely well, with the right pacing, diction and timing in the delivery of lines. The theme of "Tengo famiglia" is indeed rooted in Italian tradition, and Italians defend it with passion.

The storyline is about Nick, a single, Italian-American guy from New Jersey, who sees both sets of his grandparents every Sunday for dinner. This is routine until he has to tell them that he’s been offered a dream job in Seattle. Thus begins a series of schemes to keep Nick around. Frank, Aida, Nunzio, and Emma do their level best, and that includes bringing to dinner the lovely - and single - Caitlin O’Hare as bait.

Kudos to Director Rob Larsen and the entire production staff of the company for a delightful show.